Expository Apologetics was an incredibly helpful read by Dr. Voddie Baucham. Apart from the importance of the subject matter, I was pleased with the flow. It was like listening to him preach.

The point of the book, which was surprising to me, is that apologetics is less about proving anything, even God's existence, and more about conveying a consistent worldview that is based upon the good news of Christ and God's sovereignty. In technical terms, Voddie obviously believes in a coherent view of truth which is actually quite comforting. This means that he, unlike many apologists today, doesn't buy into proving the indemonstrable premise of the Christian faith; that being God. He doesn't believe in appealing to evidence, or a faulty basis of knowledge. He appeals to God directly through His Word.

Scripture makes it quite clear that the unregenerate have just enough knowledge to condemn them, but not enough to save; and that only through the conveyance of the Gospel and by the regenerative work of the Holy Spirit can a person believe the Gospel, and subsequent theorems deduced from Scripture. Voddie doesn't leave room for sophistry or elaborate arguments that go beyond the purview of the Christian's calling in "giving a reason (or 'a reasoned defense') for the hope one has."

Though Voddie doesn't speak in such technical terms, the ideas are clearly there, especially when he speaks to the issue of preparation in always being prepared to give an answer, but with love and patience. He demonstrates that catechisms are key in preparing Christians for evangelical interactions in this regard.

Despite whatever doctrinal tradition to which one holds, catechesis is important because it brings to the forefront a systematic layout of Christian belief. I (along with Voddie) hold to the 1689 London Baptist Confession of Faith; and with it, I use various Baptistic catechisms (e.g. Keach, Spurgeon, etc.) for a general study of the Scriptures to answer various questions that may come from genuine inquirers outside of the faith.

This is the main point of Dr. Baucham's book; to catechize and to be catechized. Do whatever it takes to have nailed down the propositions of Scripture that make up the Christian worldview. Memorize Scripture, or at the very least, Biblical citations so you can have somewhere to turn for each subject.

In fact, this is something I wish I would have been taught in my so-called Worldview Class at university. Instead of being well versed in the rudimentary concepts of Scripture and in at least being able to cite the Scriptural sources of these concepts, I was inundated with a scattered system that was almost too incoherent for practical purposes. In this, I cannot stress enough the importance of knowing where to go in Scripture for answers.

The biggest takeaway is that you need to prepare for your evangelical encounters by knowing some sort of catechism that's consistent with your doctrinal tradition; even if you're non-denominational. But if you have some sort of weird aversion for creeds, confessions, and catechisms, then this book isn't for you. I recommend you start with Arden Hodgins' book Defending Confessionalism. Godspeed. 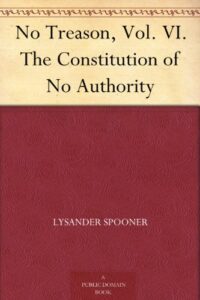