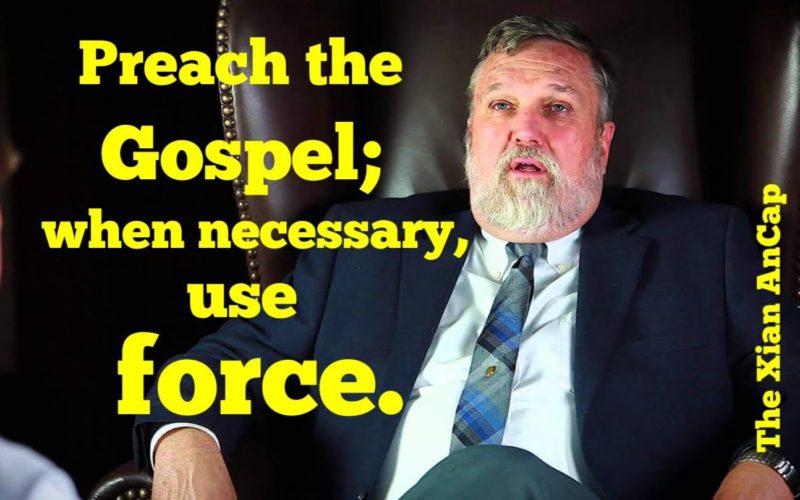 In our inaugural blog post on The Xian AnCap, we provided an initial response to Douglas Wilson’s concerns regarding anarcho-libertarianism. We’ll now answer his second and third points.

The “Corruption of Liberty”

In Wilson’s rebuke of American taboos, he states:

If you want slavery to sin to somehow become the fertile soil out of which freedom grows and expands, you want something that has never happened in the history of the world.

We would not deny this, and agree with J. Gresham Machen with his similar sentiment. 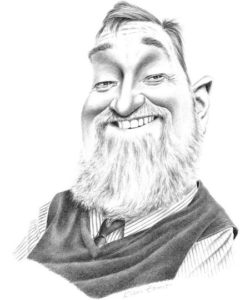 That said, while we recognize true and lasting prosperity only comes from spiritual prosperity, we oppose the use of force to accomplish the end. Indeed, peaceful persuasion trumps coercion.

Individuals partaking in non-violent sinful activity don’t need the State to coerce them otherwise; they need the Gospel. Ultimately, the use of State coercion to regulate behavior (popularly sought by sacralists or, modernly so-called, the religious right) removes real choice from the individual. Obviously, we would desire for individuals to live to the glory of God and avoid sinful choices, but we desire for them to make free choices and not use the power of the State to make choices for them.

So it is not as though “libertarians are particularly susceptible to the ‘victimless’ argument” as Wilson claims, it’s just that where there is no true victim (one whose private property has been aggressed or person threatened), there is no true crime, biblically speaking (contra sacralist interpretation regarding personal drug use, etc.).

Good and godly rule will not be swollen and grasping, as ours currently is, but it will be true governance—but noble and admirable… Good kings, good rulers, are anointed by God.

On this we heartily agree, insomuch where good rulers exist. We further claim good/righteous governance is that which does not go beyond the biblical prescription of punishing evil doers as God’s ministers of justice (Genesis 9:5-6; Romans 13:4). But building roads; regulating the economy; enforcing education; and providing food, housing, healthcare, and Obamaphones – not so much. These, of course, are the elements of socialism, and why we adamantly assert, in part, that #taxationistheft.

Good government can be a life-giving instrument, and not a money sucking parasite.

Yet, strangely, he laments the libertarian lamentation against the American State’s parasitism. Our desire is for governance to be small, certainly limited, in its sphere of influence. We desire for God’s justice to be executed against violations of private property. But we hold rulers accountable to God’s law – as God does – every bit as we would hold non-ruling individuals.

Finally, Wilson wraps up his opining:

Wise Christians love liberty, but it is not our god. We receive it as a blessing from hand of the Lord Jesus. If we serve it as a god, as though liberty were the source of anything, what will happen is that we will lose what we have idolized.

Non sequitur. As previously mentioned, wise Christians love liberty because we love God’s law and God’s justice for human interaction. Our lack of love for the State does not mean we idolize liberty or hate “the nation.” We just want men and women to be truly free, out of love for them, just as many of our Founding Fathers desired (the patriotic anti-federalists anyway).

Closing this for now, if any reader is concerned with the lack of Scripture referenced in these initial posts, do not fret. These ideas will be unpacked as The Xian AnCap progresses in developing our case.

[Note: You may also be interested in Brandon Adam’s response to Douglas Wilson over at Reformed Libertarian]