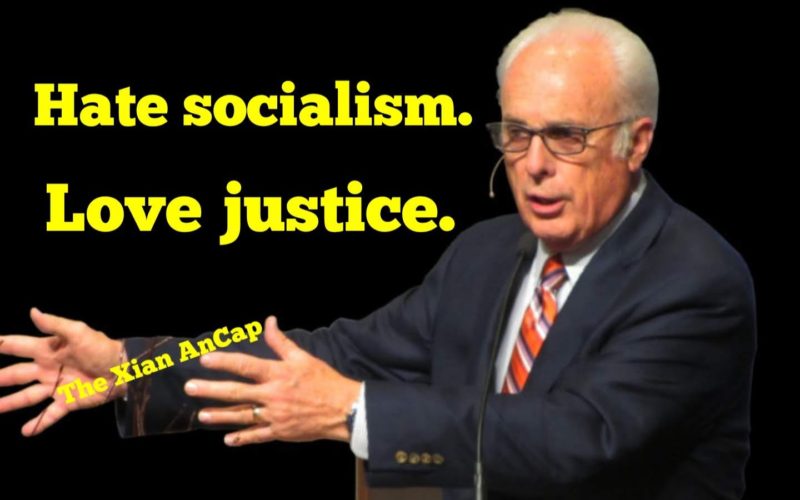 Last week we began discussing the recent Statement on Social Justice and the Gospel, first with my article distinguishing between social justice and biblical justice (really, just justice), followed by T Neal’s where he shared his thoughts on injustice related to John MacArthur’s post from Friday. With MacArthur’s post still in mind, I’d like to add a few more comments.

I’ll begin by saying I’m extremely grateful for MacArthur’s article. He expressed clear, biblical sentiment against any form of socialism. There is nothing good about socialism whatsoever. It’s immoral; it’s wicked. It’s founded upon the violation of God’s law, namely theft. MacArthur spends a lot of time explaining how social justice is a perversion of God’s law. You should read it.

His clearest statement against socialism itself is in his statement on upholding biblical righteousness in the civil realm:

...a strong work ethic, enforced by the principle that able-bodied people who refuse to work shouldn’t benefit from public charity (1 Thessalonians 4:11; 2 Thessalonians 3:10). We believe the only just society is an anarcho-capitalist society, as such is the only society that is not inherently built on theft (taxation). It is completely voluntary in all economic exchange and associations. That said, for anyone whose view of governance is strictly limited to the execution of justice - and their views allow for extortion (taxation) in order to execute justice - we can sympathize. But any allowance for taxation to go beyond the execution of justice, certainly becomes a system built upon the forced transfer of wealth, whether for roads, public education, or public welfare. It is thus immoral.

Another statement by MacArthur is also very helpful. He asserts:

Doing justice (i.e., biblical justice, not the secular substitute) together with loving mercy and walking humbly with God are all essential virtues. Those are the chief practical duties incumbent on every believer (Micah 6:8).

I’m glad MacArthur said this. Perhaps it will change the minds of those with a radical view of God's two kingdoms, who cry the loudest about “keeping the main thing the main thing” as they condemn other Christians for being “too politically active.” Perhaps it will cause pilgrim escapists to rethink their position when they suggest we shouldn’t be so adamant about “changing the civil code” because Paul didn’t do so. Perhaps we will see more Christians actually waking up to our abortion holocaust to desire to do something tangible to end it ("activism"), and not just sit idly by passively waiting for enough people to be saved by the Gospel and somehow abortions will decrease as a result.

What I’m hoping for from here is more from MacArthur on these “chief practical duties incumbent upon every believer.” While I appreciate that the Statement on Social Justice and the Gospel is supposed to unify us against social justice, I’m hoping for actual calls to unity to establish true justice. The Free the States project is a good example of that.

Until then, you can count on us, and detractors like us, to continue preaching these “chief practical duties” and demanding righteousness from those in government. We can preach the Gospel and seek justice. They’re not mutually exclusive, and God requires both. This isn’t about “polishing the brass on a sinking ship” or “slapping lipstick on a pig,” but it is about being faithful regardless of how the culture changes.