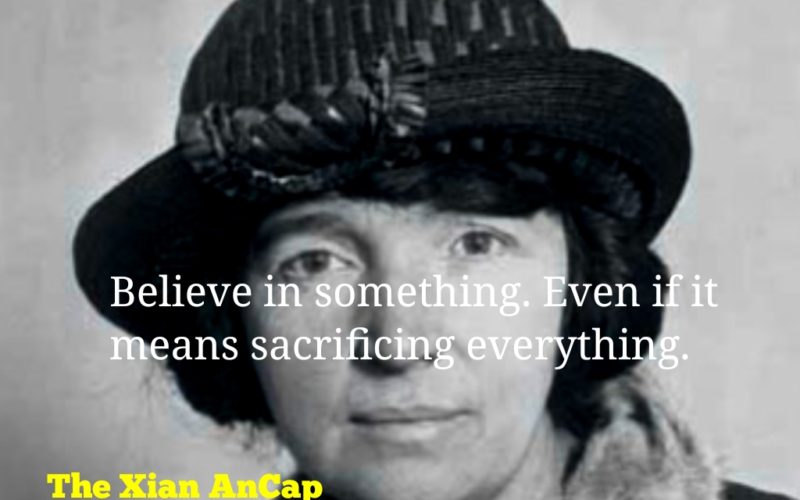 Nike’s polarizing decision to put Colin Kaepernick at the center of its latest ad campaign has aggravated NFL employees, infuriated fans and even affected the sneaker giant’s stock.

At the close of Wall Street Tuesday, Nike stocks were down over 3% due to its decision. Twitter is going bonkers in support and protest. So what sparked the outrage against Nike?

Nike is commemorating the 30th anniversary of its “Just Do It” slogan and featuring Kaepernick’s face with the following text, which Kaepernick tweeted on Monday:

Believe in something. Even if it means sacrificing everything.

If you thought the outrage was about Nike’s belief in abortion and sacrificing preborn babies on the altar of the American dream, you’d be wrong.

It was over a song that includes the lyrics

Land of the free,

and a flag that’s supposed to represent

Liberty and justice for all. 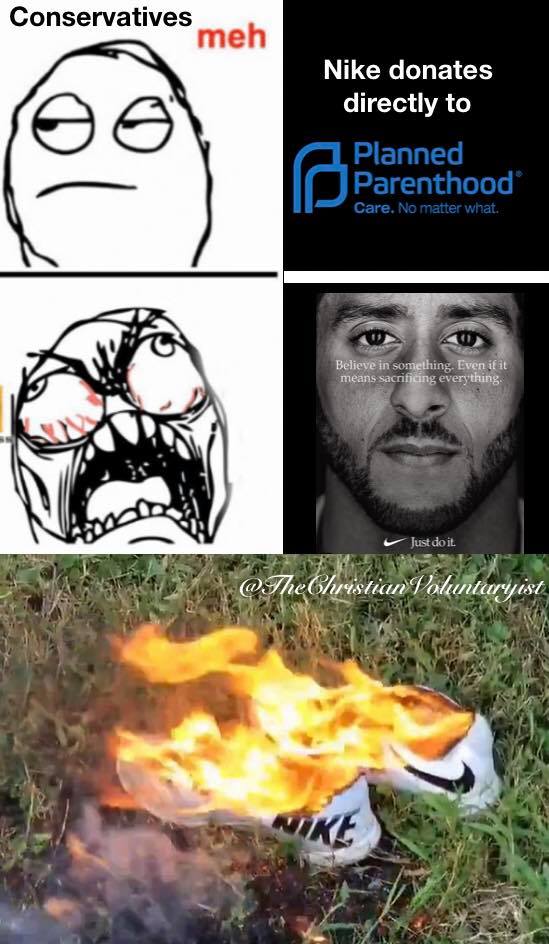 The selective outrage against Nike for its endorsement of a guy who dared to protest two national idols – the American police state and the national government’s flag that represents it – is deafening. It exposes the heart of every individual foaming at the mouth that they care more about their national symbols than the actual violations of individual liberty. Real people suffer at the hands of oppressive police, but how dare anyone interrupt the traditions of another American idol – the NFL – and kneel during the National Anthem to protest what they believe to be injustices.

Americans are so polarized. If we only cared as much about individual liberty and the tyranny of the federal government as we care about worshiping its national symbols, our opposition wouldn’t be toward individual expressions of liberty but against those who want to suppress it. But no, who needs reality when we got our feels to appease.

We live in a time where viral videos exploit physical aggression against someone cursing or burning a flag, as applauded by so-called patriots who don’t know the first thing about liberty and property rights. They’re not patriots at all; they’re statist fools.

It must be asked – should we expect the same kind of outrage if any Christian NFL player mustered up the courage to kneel in protest of the one million plus children slaughtered under the American flag each year by abortion? I imagine we would, since most, if any, of these Nike protestors have likely never bat an eye at Nike’s advocation of child sacrifice through Planned Parenthood. For them, there’s never an appropriate time to protest their Sky Cloth or their Flag Song™, no matter how egregious the government’s offenses are, whether domestic or international. The State has won their soul.